Conforming to the transitional restrictions issued by the WA Health Department, there will be a partial relaxation of restrictions for the period 6th to 12th July 2021.

From Tuesday 6th July, there will be a maximum limit of 150 attendees at church and complying with the 2m2 rule. Masks must be worn; attendees must register their attendance (QR code or manual register) and no-one who is unwell and with flu-like symptoms should attend.

Archbishop Timothy Costelloe has issued a Pastoral Letter for the benefit of the Western Australian community regarding new legislation.

Simply stated, this will permit certain persons to access medications designed to cause their death. Also, the law will permit another person to provide assistance where the person choosing to die is unable to self-administer.

Be clear, The Catholic Church’s perennial teaching and tradition is firmly opposed to VAD.

“(T)he Church’s position rests on its constant interpretation of the fifth commandment of the Mosaic law: you shall not kill. This is, we believe, a commandment from God, the giver and sustainer of life. It is a law which pre-exists any government or any parliament. Governments have the power, given to them by those who elect them, to determine what rules are expedient in the societies they govern.”

The Catholic community really faces a two step response to the new law.

Firstly, we must prepare ourselves, recommit to our spiritual goals to see Jesus in ourselves and everyone we meet, particularly those in need such as the sick, suffering and elderly.

Secondly, we can learn how to support these people, and especially those in our own families. The Church has many healing and caring ministries and the community can foster, promote and actively support them.

“(The) conviction about the sanctity and inviolability of human life is one of the most foundational values by which we as Catholics live. We believe that every human life, from its earliest beginnings at conception to its final moments leading to death, is precious and sacrosanct. No-one has the right to “step in” and bring to an end a life that has begun under God’s providence and will come to its end under God’s providence.”

“The VAD legislation has been passed and is about to become operative in Western Australia. I believe this is a tragedy for our society but I fully understand that not everyone sees it this way. For those who do, however, and for whom this is a question of conscientious belief about a matter of life and death, it is essential that we be able to live out our beliefs freely and with integrity.”

The full text of the Pastoral Letter can be found HERE 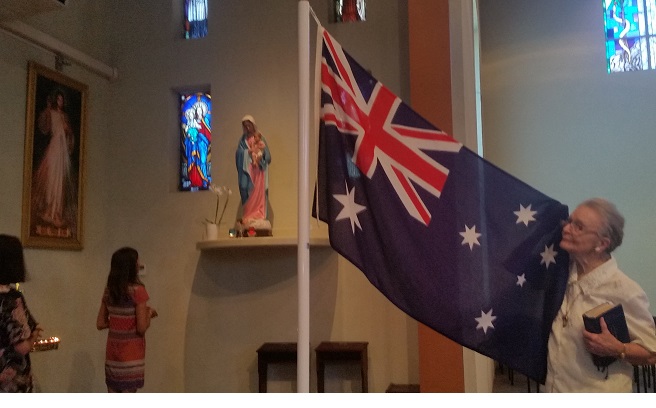 There have been discussions and virtual/remote meetings in preparation for this year’s first session of the Plenary Council.

Christopher Lamb, journalist with the UK magazine The Tablet, interviews the two Archbishops and this can be seen on You Tube at this LINK

The other opportunity is a conversation of Archbishop Coleridge with Cardinal John Dew of Auckland. This (with two expert commentators) can be found on You Tube at this LINK

As a responsible Catholic, you are urged to take time to visit these Links as well as the formal Plenary Council website https://plenarycouncil.catholic.org.au/ found HERE

If these raise any questions for you (and we hope that they do), please leave a comment below. We could gather one evening to talk the questions over some refreshments.

All rosters are archived under RESOURCES (above) 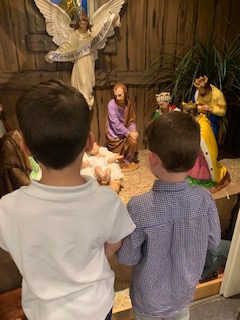 Throughout the year, Thuy Tran has worked to carefully restore the figurines in the parish Crib set. The results have charmed all those who stop and pray there, especially the youngest. So our thanks to Thuy for her skill, and to Trish and John who have again set up the Crib and the lighting (and the Christmas tree). 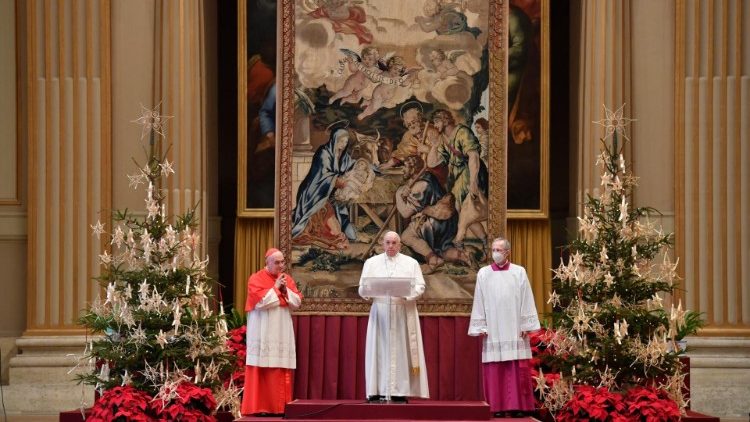 Pope Francis reprised in shorter form the message he set out in his latest Encyclical Letter, Fratelli Tutti – Brothers and Sisters All. Namely, that God by his incarnation in Jesus Christ has demonstrated that God is in all, and that inasmuch as all are dependant children of God, we are all sisters and brothers.

So, you can find this in the text of Pope Francis’ homily delivered from Saint Peter’s Basilica on the occasion of the annual Urbi et Orbi Christmas blessing to the whole world which is available HERE

Key items for noting are:

The Sisters of Mercy Christmas cards are available in the church foyer, with funds to benefit the Sister’s outreach in Nairobi, Kenya.

The full story of the St Aloysius Parish’s evangelising outreach to the poor and desperate in Lagos, Nigeria.

Key items for mention are

The Bulletin for this Sunday is to be found HERE. Points of interest include:

The feast of All Saints (1 November) or All Hallows is a key feast to celebrate all those who have gone before us and are acknowledged as being united with God. It is an occasion to reflect that each of us is part of the Community of Saints, of the past, the present and the future, since time has no place in the spiritual world.
November is also the time of the year for us to pray for and to the departed. In a special way, we remember family and friends who have died by making a mass offering asking the parish community to pray with us for the benefit of the departed souls. There are special envelopes available in the foyer and a box for them to be put into. The box is placed directly on the altar at each mass of the month.

The Plenary Council preparations are continuing even if not much is heard. Groups are drafting the working document (instrumentum laboris) which will be released early in 2021 with a draft agenda, both to be considered and commented on. There are sessions for discernment prayer and the next one is on Thursday evening from 5.30pm at the Sienna Centre, Doubleview, dealing with What is God asking of us in Australia for a Church that is Prayerful and Eucharistic.

The parish outreach has formed a relationship with a team in Lagos, Nigeria, who are serving the very poor in that city during Covid and at a time of great tumult. We have transferred $4,000 AUD as a contribution and a commitment of solidarity. Today’s Gospel story of the Good Samaritan is timely and tells us how to care humbly for all God’s children in need deeply and personally.

The Bulletin for the 30th Sunday of Ordinary Time 2020 (25th October 2020) is available HERE or can be accessed via the Resources tab (above).

The 30th Sunday of OT was marked by the story related in the Gospel of Matthew of the Pharisees seeking to snare Jesus in their conundrum of the greatest commandment of the Law. Jesus simply gathered all the complex requirements under two headings – the First is to love God in every way, and the Second is close behind, to love your neighbour as your self.

Sister Maureen of the Sisters of Mercy visited the parish and spoke at mass of the missionary work the congregation is doing in Nairobi, Kenya, and the importance of funds raised by the sale of Christmas cards designed by the people of Kenya. There are some cards still available at mass.

The parish welcomed with joy the arrival of Maybell, the third beautiful daughter of Brenda and Mauron, born 6th October. At the same mass, there were prayers for Robin Neave, the elder brother of Scilla Stack, who died suddenly on the 21st October.