Many religious institutes had regular assemblies, others engaged in consultations prior to decision-making, while some combined consultative and deliberative practices. The diversity of methods and traditions was tremendous. Yet alongside the clear lines of authority and obedience in most religious orders were two elements they all seemed to have in common.

The first is that discernment and decision-making are the business of the whole body, not just of the few entrusted with governance. In his landmark October 2015 synod speech, Pope Francis quoted an ancient maxim: Quod omnes tangit, ab omnibus tractari et approbari debet (“what affects everyone should be discussed and approved by all”). And because, as St. Benedict notes in his seventh-century rule, God sometimes speaks through the youngest in the community, enabling participation means paying special attention to the timid edges, to the unlikely places, to those outside.

The second is that this business of consultation and deliberation is not separate from the life of prayer but intrinsic to it. The habitus of community decision-making is attentive listening to others, straining for the whispers of the Spirit even in the mouths of people we resent or disagree with. It calls, therefore, for giving time to all, in equal measure, for speaking honestly and boldly but not hammering others with our views, for sitting in peaceful, open silence so that we can hear what words do not always say and can often conceal. Synodality requires us to understand that we do not possess the truth, but that sometimes, when we put aside our emotions and agendas, it possesses us, overflowing the narrow channels of our thinking.

In short, participation and prayerful listening are the hallmarks of these religious orders’ modus vivendi, operandi, et cogitandi. This is synodality. It has been used for Church elections ever since the apostles asked God to reveal to their hearts who should take the place of Judas. It has been used to transcend problems and conflicts ever since the “Jewish question” threatened to blow apart the early Church. Chapter 15 of the Acts of the Apostles relates how, at the Council of Jerusalem, the people, the elders, and the Spirit were all engaged in discerning the new path for the Church, announced by St. Peter’s in those famous words: “It has seemed to the Holy Spirit and to us.”

A synodal Catholic Church is still a communio hierarchica, but authority is no longer exercised in a remote and authoritarian way. Leadership becomes “co”: a matter of collaboration, cooperation, and co-responsibility. (This comes easily to young people, says Sr. Nathalie, who has worked with them for years. She calls them “Generation Co.”) In a co-responsible Church the Spirit leads us all; the priest and the bishop are in the midst of the people of God, not hovering over them

Despite an unusually heavy week, the pope was in cracking form. He reminded us that the synod is not a parliament or an opinion poll but an “ecclesial event whose protagonist is the Holy Spirit.” He doled out some conciliar ecclesiology: the three keywords of this synod—communion, participation, and mission—are intrinsic to the Church regenerated by Vatican II, the first two reflecting the life of the Trinity, the third reflecting the apostolic commitment to today’s world that flows therefrom.

But then Francis leaned into one of the keywords in particular. Without participation, he said, synodality risks remaining abstract and “talk about communion remains a devout wish.” Without “real involvement”—turning up, speaking, being heard, acting—synodality stays on paper. Participation, he said, is a matter not of form but of faith. What happens at baptism is the conferral of “the equal dignity of the children of God.” Baptism therefore demands that we take part in the life and mission of the Church, in all the diversity of its charisms and ministries.

Experience of Synodality in Performance

At mid-morning came the chance to model the synodal method, when we broke into pre-assigned small language groups of about twenty people each, made up of curial heads (there were three dicastery chiefs in my English group “E”), diocesan bishops, Rome-based religious, the odd ecumenical guest, and laypeople of various sorts. Our facilitator invited us to speak about how “journeying together” happened (or not) in our local Church, and our hopes and fears for the global synod process.

The method was interesting. After introductions, we reflected silently for five minutes, preparing our input. Each person spoke for a maximum of three minutes. Then came five more minutes of silent reflection. Then, after re-reading their notes, each person shared for a further two minutes whatever had enlightened or resonated with them. (The guidance we were given beforehand invited us to consider what the Spirit seemed to be calling us to, what paths were being opened, and to note “inner spiritual movements” of joy or sadness, anxiety or confidence, consolation or desolation.) Finally, there was a free-form time of about twenty minutes for “discerning and elaborating the synthesis,” which would be written up as a verbale to be sent to the synod secretariat.

It was striking that the senior Vatican people—cardinals and bishops—offered theological soundbites, while the religious and lay people spoke of experiences. The soundbites were good: Francis was giving the Church permission to be what Lumen gentium envisaged; synodality was the antidote to individualism and tribal division; we had now the chance to recover the original way of “being Church,” allowing decisions to bubble up from below. But the experiences were far more compelling, especially those of religious sisters who described the efforts of their orders to become more synodal in their way of governing and making decisions. It meant, they said, a shift in mindset and culture, accepting a greater degree of uncertainty and tension than many were comfortable with. Yet building prayer and listening into the processes had led to a heightened awareness of the margins, to more unity and joy, and to greater humility. They spoke of the temptation of worldliness, of lapsing into an authoritarian attempt to present an outward face of uniformity and efficiency, rather than accepting their conflicts and uncertainties and waiting on the Spirit for answers to emerge.

As they spoke, it seemed obvious that synodality and holiness were intertwined, that a synodal Church better reflects, as Francis had just told us, “God’s style, which is closeness, compassion, and tenderness.”

Extracted from an article in Commonweal.

B. A link to the Vatican website for the Synod with many resources https://www.synod.va/en.html

C. A link to the Diocese of Parramatta site for Synod material https://parracatholic.org/synod-of-bishops/ 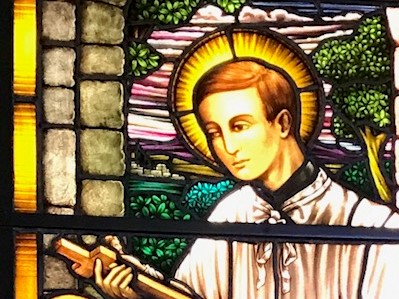 This weekend (from 6.00pm Friday 7th Jan) in WA, masks are no longer needed in church gatherings (Hooray!) This is to be enjoyed even if it is only to be expected to last until the border is opened and the Omicron version arrives. Still, something to be grateful for.

The Baptism of the Lord is a wonderful feast, reminding us of our individual baptisms which ushered us into the special relationship with Jesus. As such, it also reminds us of our responsibilities to to respond to the ‘talents’ of faith we have been given and how we are to answer for them at the last day. Baptism makes us members of the Royal Priesthood of Christ and with the powers and duties associated with that state. 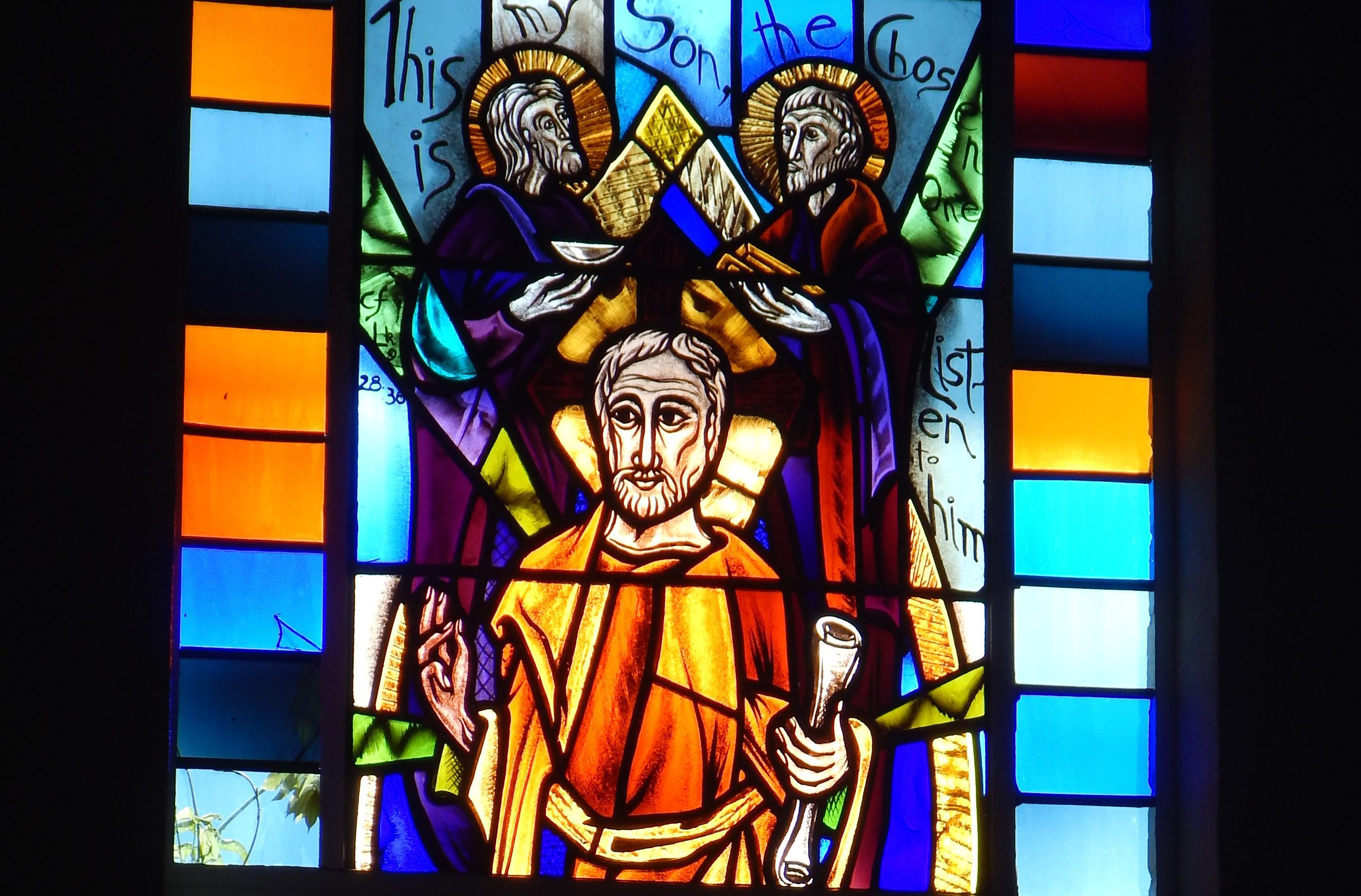 The Bulletin for the first Sunday of 2022, the Epiphany (the Revelation) of the Lord, Year C, can be found HERE

There are notes on special days of the coming week (Anniversary of the ordination of Fr Manoj), events that may catch the interest of young adults (Victory – Annual Congress of the Flame Ministries) and updates on the Global Synod.

The editor would welcome any comments you choose to leave, for or against or indeed any suggestions for items, and these can be done below.

The latest copy of the Parish Bulletin can be found HERE .

In summary, you will find details of 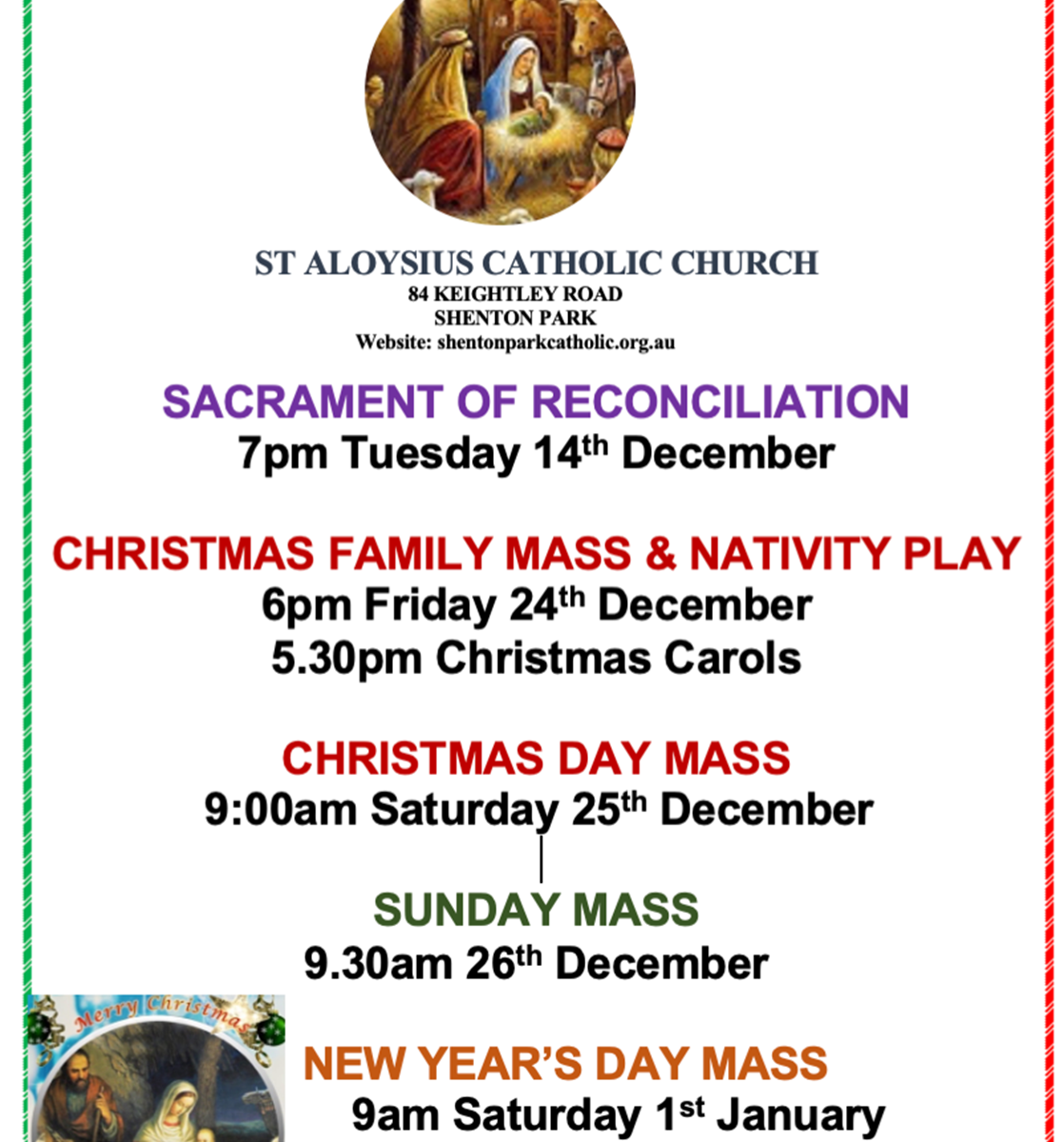 This Weekend we open the door to another liturgical year – Year C in the lectionary.

This Sunday’s Bulletin accordingly has many references to

The bulletin can be found under, Information tab > Weekly Bulletins.

The last Sunday of liturgical year B, this bulletin features

Key items refer to the Archbishop’s LifeLink Appeal to be launched next Sunday, 14th November 2021. Also notice is given for the Parish Annual Meeting on Sunday 21 November, after Mass. There is a follow-up to the first Assembly of the Plenary Council when women members from Perth will speak of their experience and take questions

With other matters, this is a good way to keep informed.

The ARCHBISHOP’S CHRISTMAS APPEAL FOR LIFELINK will be held the weekend of 13/14 November 2021.

Please collect your copy of Archbishop Costelloe’s letter at Mass this weekend, read his message and please give generously to support the valuable work of our Archdiocesan social service agencies.

You may mail your donation in the reply- paid envelope provided, or return your envelope and donation for a Special Collection which will be held at Mass next weekend.

You may also donate (securely) online by credit card at
www.lifelink.com.au

The Western Australian parliament has recently passed into law legislation ostensibly to protect minors from abuse, which provides for criminal penalties for confessors who do not break the seal of confession and report any abuse they become aware of through the confessional.

The full text of his response can be found HERE